Which of these are you experiencing?

Too often, businesses will work on the above symptoms, without drilling through the difficult — often hidden — areas that are the root cause of the issue.

Globulus has found the source of 99%+ all business problems fall into 4 ‘CA– USE’ buckets.

We engage disciplined reviews of policies, LEAN practices and Procedural Reviews of every operation and handoffs between functional areas of the business.  We often begin to quantify end to end flows and impacts upon the Customer Experience, as well in the Product & Service review.

We engage in system architecture, automation, business rule-based engines, Agile development and system requirement. Here we may also assist with new system search or RFPs, as well as full implementation Project Management oversight to ensure the Systems work for the People, versus People for the Systems.

We engage across product descriptions, market research, pricing, competitive research, marketing and sales, cycle time/capacity, customer experience and more.  We realize the markets, product and competition change by the hour, and your approach needs to be adaptable for sustainable success.

We are a Certified Partner of The Predictive Index (PI) which brings a host of data rich tools to lead your employees and cultivate a high-performance team. These tools are beyond an “HR” thing; they bring cultural engagement, strategy alignment, employee engagement tools, behavioral assessments, and so much more.

Not only do we have the skills and experience in these processes, we can work through the quantification of impacts on customers and the cost to your business.

WANT TO TALK? SCHEDULE A MEETING WITH US!

Globulus has decades of experience in enablement: 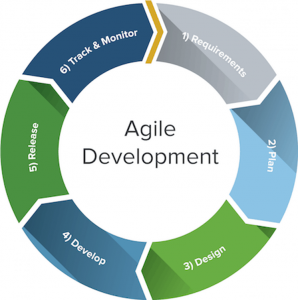 Globulus can assist your company in review of current situation, or a reset of where and how your business may focus.

What is Talent Optimization?

The Predictive Index was formed in 1955, but began in 1942 when twenty-six-year-old Arnold Daniels volunteered for the U.S. Army Air Corps. Shipped off to England, he was placed as a flight navigator and his team soon logged more than 30 missions—all without a single combat casualty.

When commanders noted the team’s record, they sent a psychologist in to work with Daniels—to study just what made their teamwork so successful.

This was Daniels’ first introduction to psychometric testing, and what would become a lifetime passion: solving business problems through the lens of understanding individuals.

After the war, he returned to Boston, where he briefly attended Harvard to study workplace psychology. In 1952 he released the first Predictive Index Assessment.

In 1955, Daniels founded PI Worldwide (now called The Predictive Index®). The Predictive Index Behavioral Assessment™ was created through a normative sample of thousands of people and has since been the subject of nearly 500 validation studies. It has received continual updates and today represents a well-established, business-relevant, and scientifically-proven measure of behavioral tendencies in the workplace.

Thousands of organizations have used The Predictive Index in nearly every job and industry around the world.

A survey of 500+ executives found:

0 %
72% of company value is directly attributed to its employees.
0 %
On average, executives spend 61% of their time on people-related issues and challenges.
0 %
Executives report that 47% of high-performing employees left their companies last year.

Hire and Promote the Right People

Use Data Science to assist in Team Development

Design a Talent Strategy that enables people to Execute

Align Business and People Strategy across your business

Match Skill and Will for Jobs

Bringing this People Driven Data and experience to your company is a game changer.

70% said PI helps to remove bias and subjectivity from their hiring process.

61% said PI helped their organization figure out how to make employees more productive.

Get your free Behavioral Assessment from The Predictive Index

Take five minutes (or less!) to complete this free assessment. Just one glance at the insights and you’ll quickly see why thousands of companies across the US have used The Predictive Index to align their people strategy with their business strategy. There is no other tool that makes it so clear, simple, and easy to optimize your talent.