I believe there will be several apocalyptic phases relating to baby boomers within business over the next 15 years. Before I jump into Globulus’ position on the Baby Boomer Apocalypse, I want to clarify how we are referencing the word, “Apocalypse”. Some of the initial definitions concerned me, as the definitions were very bleak. I’ve seen my share of bleak, but that is not what I was trying to project with this term. Eventually, I scrolled down to the British definition, which aligned to our thinking, “an event of great importance, violence, etc., like the events…”

The first of the phases has already begun, by the first 1946 baby-boomer retiring, who turned 69 January 1, 2015. According to Philadelphia CBS affiliate in 2011, that person is Kathleen Casey-Kirschling, and retired at 60 from a career in teaching. Also mentioned, is the fact that projections show most baby boomers will continue to work past the age of 65.

Since 2011, and the 65th birthday of the first baby-boomer, there have been numerous references to the apparent baby-boom bubble. The Baby Boom has been studied since the 50s, we have seen the impact this bubble has had on: social movements, economy, business growth, consumerism, workforce standards, healthcare, investment vehicles and more. This bubble represents 77M people in the United States born between 1946 and 1964, however, 11 million have already died, which leaves approximately 65M of us still kicking. That is slightly over 20% of the entire population of the United States.

As Baby-Boomers leave the workforce, they leave with a vast amount of knowledge and experience. If we are to assume the first baby-boomers entered the professional workforce with a college degree, they entered the workforce approximately 1968. For those historically challenged, that was before personal computers, after Civil Rights, but before Equal Employment and Affirmative Action. If we further assume this workforce worked for 35 years, or until they were 65 years old, they would have started retiring between 2003 and 2011. They have experienced gas lines and hyper inflation of 70s, Stock Boom and Crash (1987) of the 80s, beginnings of the PC in the workplace in the 80s, the boom and the bubble of the dot-com and the internet of the 90s and The Boom and Bust of the Real Estate Markets and Economy 2008-9. In the 3 to 4 decades of their adult business life, they have seen Boom and Bust nearly every decade. I find it quite fitting that we’re called Baby “Boomers” or the Baby “Bubble”, as we have Booms and Bubble burst all too often.”

It is expected that the last of the baby-boomers will leave the work force after 35 years, or turn 65, between 2022 and 2030, which will represent the 3rd phase of the Baby Boom Apocalypse.

At Globulus, we believe between now and 2022 is the second phase of the Baby Boomer Apocalypse. Unlike the earlier baby boomers, these folks in the later part of the “bubble,” they were/are deeply engaged to ushering in automation, integrated software, technologies, internet and making PCs common in the workplace. Not only were they champions of this in the workplace, they understood the manual processes prior to the automation and replacement. In other words, they knew the process prior to the requirements, code and deployment. As businesses begin to the process of value stream mapping or removing waste from processes, this core knowledge is crucial. Based on current estimates businesses are losing an estimated 10K baby-boomers per day with this knowledge.

According to AEGON Retirement Readiness Survey 2012, when they looked at the existing retired population, 63% stopped working immediately when they retired. When they looked at people looking to retiring in the future, only 18% looked to retire “cold turkey.”

There are several reasons why people are not expecting to stop work completely. They want to ease into retirement. As the TransAmerica Center for Retirement Studies said April, 2014,

Baby Boomers are pioneering a new retirement paradigm and are proving that work in retirement and taking time for leisure are not mutually exclusive.

They also reported, baby-boomers want to phase into retirement for a variety of reasons.

As we conclude Part 1 of the Baby Boomer Apocalypse, to follow more articles from Tim LaFaver, or Globulus, on the ever-changing landscape of business and the transformation challenges of the next 20 years click here

If you can relate to being D (Director)- Level or above, and in this semi retired state, please consider joining Globulus as a Virtual Team member.

Part 2 will embark on the readiness of business for the departure of 65M baby-boomers and the final part 3 of the Baby Boomer Apocalypse will talk about how firms like Globulus are ready to address the chasm of knowledge and skills of departing baby-boomers.

Tim LaFaver
Tim LaFaver is Co-Founder of Globulus, a consulting firm with a team of Director and above talent, who each have more that 25+ years experience in their given field and industry. They bring “been in your shoes” experience to businesses. He is a passionate about identifying the root cause of problems in a business and providing the business the solution the can drive sustainable results.
Recommended Posts
© 2013-2021 Globulus, Inc. | All Rights Reserved 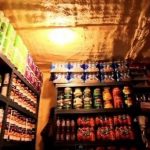 Is Your Business Ready for the Apocalypse?Globulus Blog